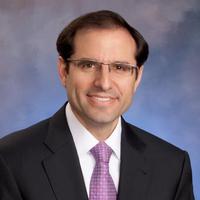 Rav Shai Finkelstein was born in Israel, attended Yeshivat Shaalavim, served in the IDF, and was ordained by the Chief Rabbinate of Israel. He lectures at Pardes, the OU Israel Center, Matan, Yeshurun Central Synagogue, and elsewhere. He is also the senior editor of the Koren Mikraot Hadorot at Koren Publications. Prior to his arrival at Nitzanim, Rav Shai spent 16 years as the Rosh Kollel of Torah Mitzion and the Senior Rabbi of the Baron Hirsch Congregation, both in Memphis, TN. During his tenure in Memphis, he also earned an MBA from the Fogelman School of Business and Economics from the University of Memphis. Rabbi Finkelstein became the Rav of Nitzanim in July, 2016, subsequent to which the shul has seen tremendous growth in programming, learning and popularity.

Rav Shai and his wife Bilha have 4 children: Noga, Edya, David, and Hadas.